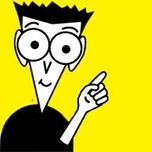 For the Mediators, Therapist, GALs, and Judges who don't get it.
(Not all of them. Across the country there are some insightful and educated persons who are beginning to get it.)
Here is a simple illustration of how this works. Its really not that hard to understand.

In a typical situation you have two parties want time with their child but out of a healthy concerned for the well being of their child neither parent involves the child in contentious process. It is detrimental to the child. They both know it and attempt to keep the process from affecting the children.

The mediator has some work to do. He/She has to listen to both sides and figure out what is going on and try to work out a mutually beneficial agreement. Mediator writes a recommendation to the judge.

The Judge/Commissioner listens to both sides and an agreement is made where both parents share custody.  The percentages are not always favorable to one parent, but there is at least some custody time.

Mediator
The mediator thinks, "How horrible! Even the 8 year old child dislikes the dad. He must be bad. Good thing the mother is there to protect the child."

The judge/commissioner erroneously orders therapy for the father and his daughter. And in the meantime, removes the Targeted Parent's rights until the father and daughter are able to repair their relationship. Ironically, and tragically, it is the disturbed Alienating mother who is the one with the mental health issue.